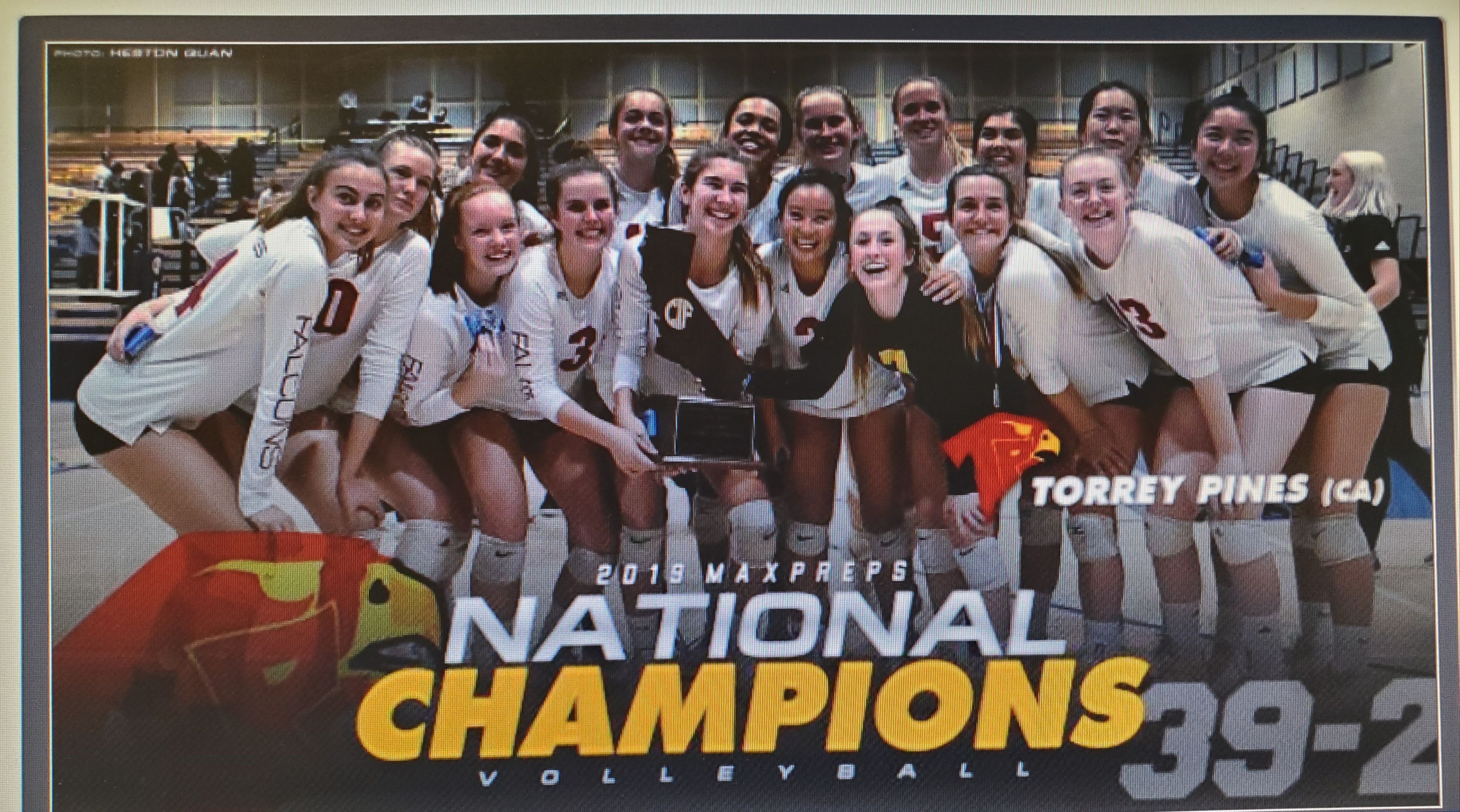 About 45 minutes after the Torrey Pines High School (TPHS, San Diego, CA) Girls Volleyball team beat Marin Catholic for the California State Title (CIF), the squad walked back into the lobby of the college gym where the match was held. The families of the players, including my wife and me, were waiting there to greet the girls following their straight sets victory on November 23. Shortly after their entrance, the tears of joy began to flow from players, Coaches and parents, as the energy in that foyer was so positive, loving, fulfilling and FUN!

The hugs, high fives, pictures with the CIF State Champs trophy went on for a while. And then, the dancing began:    LINK

As a Sophomore on the Varsity team, our daughter Hannah was treated well by everyone (see #3 below), got court time in some matches and played against the best in the country during their team practices. She, as did the other underclasswomen, learned a lot about the sport, but most importantly about what it means to be on a TEAM. A life lesson for being a part of a school, family, community, sports team and while giving back.

TPHS Girls Volleyball TEAM is, as the father of an opponent said who we beat a week earlier, a “well-oiled machine”. And there is no coincidence/luck around how the girls did it. They did what great TEAMS do, to include the following:

As the cherry on top to a great season, a few days after the State Championship, three (out of four) of the top volleyball ranking organizations named them the Number One team in the country. Wow, it just was so wonderful, and has been a source of pride in their school and our community.

In the end, it’s not necessarily about volleyball, or any sport. It is how we behave in the organizations that are part of our life. And this shining example is one that Hannah and her teammates will carry for the rest of their lives, on and off the court. Congratulations girls, we love you!

10.5 Tips for a Successful Conference Does Your Sales Team Deliver? A Quantitative Look
Scroll to top