Blog - Latest News
You are here: Home / Choose the Right Channel to Please Your Prospects from the Start

Channel surfing used to mean sitting front of a television with a remote in hand, click click clicking away. But these days, with so many ways for salespeople to make contact with prospects, you might describe channel surfing as switching from one means of communication to another as we try to figure out the best way to reach out to potential customers.

As salespeople in the digital age, we all have the channel we’re most comfortable with. Someone older might prefer the phone while someone younger might reach out directly via LinkedIn. And then there’s someone in the middle who is most comfortable with email. But guess what? What we want doesn’t matter. We as the salespeople have to choose the channel that works for our prospects, not for us.

There are several reasons for this: One, you’ll make a better impression by using the channel your prospect prefers and they will feel more comfortable with you from the start. Two, they’ll be more responsive because they get to respond using that channel. And three, you’re setting the stage for a better experience from the start by putting their preferences first in this way.

How do you know which channel to use for which prospect? You can’t really, although you can make educated guesses. But what you can do is understand the reasons for and against using the three most common channels for contacting prospects, and when one channel might be preferred over another.

Email—for the coldest of cold calls

Although phone calls used to be the primary prospecting tool, email has replaced the telephone as the most common way to reach out to new prospects. On the plus side, it’s less intrusive when compared to a phone call—especially when they don’t know you—and it gives the prospect an opportunity to respond when the time is right for her (or not at all). For the salesperson, it takes less time than a phone call, allowing for more prospecting in a day. In addition, an email can offer links to a website or other information the prospect might be interested in, and they can act on that interest when they want to.

On the other hand, not knowing if a prospect read or even received your email is one of the downsides to this channel. So is the competition you’ll face in that inbox. It would be wonderful if your email was the only one to pop up, but we both know that’s not the case. Your email could be one of a hundred your prospect receives on any given day.

The phone—for the prospect you’ve met before

Although the phone has really fallen out of favor among salespeople as a way to contact prospects the first time, and Millennials don’t want anything to do with making or taking phone calls, a phone call can be effective when you’ve been introduced to someone or been given their name by a referral. So don’t cross it off your list just yet. Plus a you’ll know when a phone call got through—unlike an email—and you can get to know the person on the other end of the line when you do connect with them in a way you can’t digitally. And that’s true of your voicemail message too: You can convey much more warmth and personality in a voicemail than an email!

Social media—get to know someone before reaching out

Then there’s social media, the new way to contact prospects. Social media might be the best channel if you’re trying to reach someone who is obviously active in that arena, with plenty of followers and a lot of time spent on the platform. In addition, using social media—in particular LinkedIn—gives you a chance to get to know that prospect and even connect with them in advance of reaching out.

With social media, you can comment on a discussion they’re part of or an article they’ve published, join the industry group they’re most active in, and make yourself visible. That way when you reach out the first time, they will already know who you are—and you’ll know about their business and pain points!

On the other hand, social media is probably an ineffective way to contact someone who has never heard of you or your business, because we’ve all been on the receiving end of those messages. And is there anything less “social” than a total stranger messaging you directly in that way?

Keep in mind the context and connection

When choosing a channel, keep in mind the context and the connection you have thus far. Email might be best for the coldest contact, a phone call could work for someone you’ve been introduced to, and a social media connection can work if you’ve built some kind of rapport online already.

Then you can stop surfing, and simply choose the channel that works best for each prospect right from the very start! 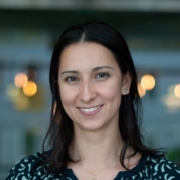 The Most Important Question We Must Ask Our Customers (and Ourselves) 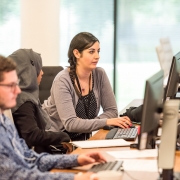 The Tactical Execution of Strategy: Sales Process Illustrates the “How”

And What Did You Get In Return? Thoughts On Managing Buyers

Keep the Focus on Your Revenue Goals: Do Your KPIs Need a Tune Up? 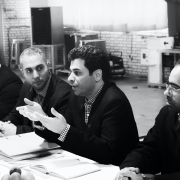 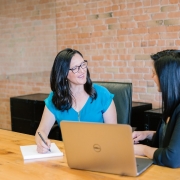 Do You Treat All Your Sales Reps the Same?

On The Road Again: Kauai Discounting Does Not Buy Loyalty
Scroll to top